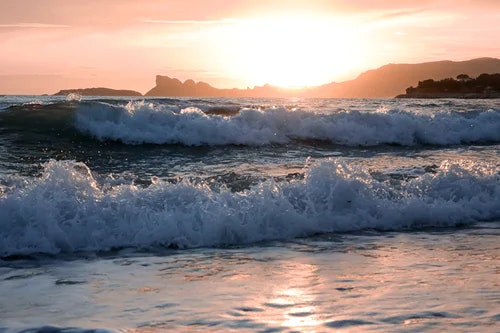 Turning The Tide Toward Renewable Energy

Humans have been harnessing energy from the power of flowing and falling water for thousands of years. Waterwheels, invented by the Ancient Greeks and used to power grinders, hammers and irrigation systems, were in use until the mid 1800s before being replaced by modern water turbines. This was soon followed in 1882 by the first basic hydroelectric power plant that used a local river to light several houses in the community, and whose technology eventually led to the construction of the first large hydropower plant, the Hoover Dam in the US, in 1936.

Hydropower is now produced in 150 countries and generates over 16% of the world’s total electricity. But at what cost? Despite hydropower being a source of renewable energy, damming rivers on such a massive scale has a devastating impact on surrounding biodiversity and ecosystems. Not only by the initial flooding of land to create the required reservoir of water, but also the continual negative impact on local aquatic wildlife and plants in and around the river itself caused by fluctuating water levels, inconsistent temperatures and higher sediment deposits.

Photo by Jani Brumat on Unsplash

As technologies improve and our understanding of the environment deepens, the next logical step to lessen our impact and reduce global warming would be to obtain what we need by working with nature, instead of against it. One promising option is to harness the power of tidal waves. But hasn’t our impact on the ocean already been devastating enough? With the obvious and urgent need to find an alternative to the burning of fossil fuels, let’s have a look at some of the pros and cons of Tidal Energy.

Tidal Stream Generators use the energy of water currents in a similar way that wind turbines use air currents. And as tides are created by the moon’s gravitational pull and the earth’s rotational force, the resulting currents are predictable allowing for the design of more efficient systems. But, sadly, although the impact on marine life differs according to how tidal energy is generated, there will always be casualties when interfering with our planet’s natural balance.

One tidal generation method is to place large turbines directly into tidal streams. But, apart from the logistics of placing such large objects in the sea, as the turbines are most efficient in shallow water their size can actually disrupt the tides themselves, thus defeating the object.

Another method is to dam tidal rivers, bays and estuaries. Like the river dam method, gates are closed at high tide to create a lagoon before the water is released over turbines. But, again, this causes similar disruption to river dams in that it changes the composition of the water itself, and living creatures become trapped in the lagoons and are at risk of being harmed by the turbines once the water is released back into the ocean.

The most eco-friendly method is the use of turbines to capture the energy from water flowing in and out of natural or man-made lagoons. This method has the least impact on the surrounding environment as any man-made lagoons can be constructed using rock along the natural coastline, which marine wildlife would be able to navigate safely. But the energy output for this method is low.

Photo by Wei Zeng on Unsplash

Although Tidal Energy is still in its infancy, there are currently five large plants in use today in South Korea, Canada, France, Scotland and Wales. The UK currently generates around 12% of its electricity this way and is an ideal location for this method due to its abundant coastline and windy climate.

As 20% of countries are landlocked, Tidal Energy isn’t the definitive solution to renewable energy. But as technology advances and solutions are found to lessen the impact on our already endangered marine ecosystems, working with nature and lessening our reliance on fossil fuels is no doubt a step closer to combating climate change.

Find out more about the various forms of Tidal Energy at National Geographic HERE.

Read an article from The Royal Society on the effects of wave energy on biodiversity HERE.

Tags
Tidal Energy. Harnessing the power of the tides