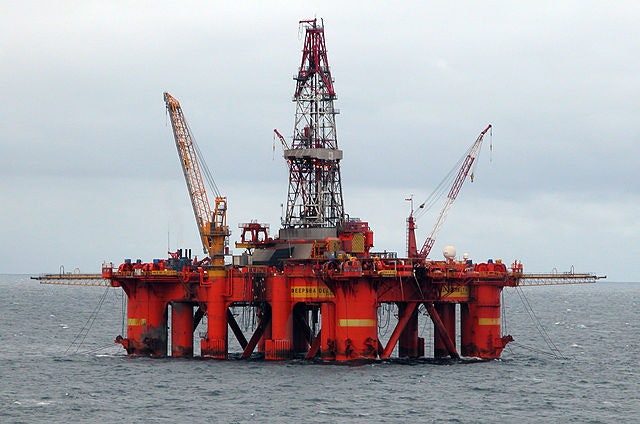 How Serious Is The UK About Reaching Net-Zero Emissions?

Fourteen environmental organisations including Greenpeace, Friends of the Earth and Client Earth had cause for celebration at the end of last year when their persistent protests pushed Shell to pull out of the controversial Cambo Oilfield Project. Thankfully, this move also raises doubts as to whether future oil exploration off the coast of the Shetland Islands will ever go ahead despite its oilfield containing over eight-hundred-million barrels.

However, despite the International Energy Agency (IEA) warning that the development of oil and gas fields must stop by 2021 in order for the UK government to reach its goal of net zero emissions by 2050, six new such developments are set to be approved by the government this year alone.

In fact Rishi Sunak, the UK’s Chancellor of the Exchequer, stated earlier this month that he wants to actively encourage more investment in fossil fuel drilling under the North Sea, claiming it will create new jobs for British people and proposing that natural gas is actually needed in order realise the UK’s transition to net zero.

Not surprisingly, BP (British Petroleum) also put forward the argument, in its ‘Reimagining Energy’ statement of 2020, that natural gas will play an important role in reaching the UK’s net zero target, citing the fact that natural gas is a much cleaner energy source than coal. The counter to this argument is that investing in new gas fields diverts resources away from developing the technology necessary to reach 100% renewable energy. It would take each new natural gas facility’s lifespan to recuperate the money invested in building it, and the infrastructure necessary to transport the gas, delaying the switch to renewable energy even further.

An article by the American journalist Brian Khan entitled, ‘Please For the Love of All Things Holy, Stop Pretending Natural Gas Is a ‘Transition Fuel’’ states, “The whole natural gas as a “transition” or “bridge” fuel is a frequent trope invoked by centrists and the gas industry, and it has to stop. Yes, natural gas has lower carbon emissions than coal. But transitions, by definition, end. And the time to end this one is far past its sell-by date.”

He goes on to say, “The notion that natural gas is a bridge to a renewable future was first put in writing in 1979 by environmentalist Barry Commoner in his book The Politics of Energy. He called it a “bridge between the present, unsatisfactory reality and the still abstract, hoped-for future.” This is more than 40 years ago. We should be near the end of the bridge, yet it feels like we’ve actually walked backward as emissions have continued to rise rapidly.”

Allegations against big oil companies, such as Shell and BP, run far deeper than global warming and greenwashing. With both companies founded in the early 1900s, the last one-hundred years have seen numerous allegations of human rights violations lodged against them. From the low paid workers and poorly compensated governments of the Middle East in the first half of the twentieth century, to the support of South Africa’s apartheid regime in the eighties, to the alleged complicity in the Nigerian military’s murder, rape and torture of protestors in the oil-producing region of Ogoniland in the 1990s. It seems these billion-dollar companies are consistently able to buy themselves out of any major consequences for their ongoing atrocities, and therefore the need to implement fundamental ethical changes.

With both BP and Shell on course this year to make a combined profit of over forty-billion pounds, Shell’s 2021 flawed net-zero emissions strategy, which can be found HERE, provoked this response from the head of Greenpeace UK’s oil campaign, Mel Evans, “Shell’s grotesque ‘customer first’ strategy seeks to blame customers first for climate change. Meanwhile Shell, the powerful oil major, brazenly says it will dodge oil production cuts and will simply let output dwindle. Without commitments to reduce absolute emissions by making actual oil production cuts, this new strategy can’t succeed nor can it be taken seriously. Shell’s plans include a delusional reliance on tree-planting. Communities around the world have been flooded, while others are on fire. Governments are upping their commitments on renewables, while competitors are pivoting – but Shell’s big plan is to self-destruct and take the planet down with it.”

Find out more about the UK governments new North Sea oil and gas licenses in a recent Guardian article HERE.

Find out more about BP and Shell’s combined £40b profits HERE.

Find out why BP is an ‘Imperialist Success Story” HERE.

Sign the Greenpeace petition to the UK government to stop new oil and gas exploration HERE.

Tags
Will the UK government achieve net-zero emissions by 2050