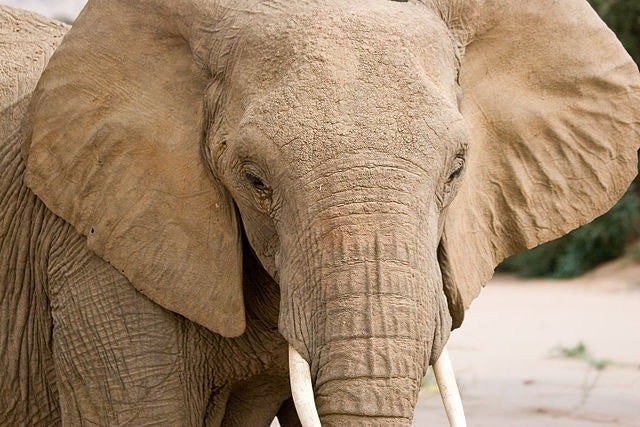 UK Still Trading In Ivory After The 2018 Ban

A recent blog by the International Fund for Animal Welfare (IFAW) raises concerns over the apparent UK Ivory Ban that was implemented after a long-fought campaign by them, and other organisations, that had overwhelming public support.

On the 20th December 2018 the government publicly applauded itself by announcing that, “One of the world’s toughest bans on ivory sales has become law in the UK today”. So why, three years later, is it still legal to buy and sell ivory here?

A further government announcement in March this year stated that they were launching a ‘Consultation on the implementation of the Ivory Act.’ Claiming that it had been, ‘Delayed due to unsuccessful legal challenges but it will now help cement the UK’s place as a global leader in conversation’. They also stated that, ’The eight-week consultation seeks views on the registration and certification process and fees for exempted items.’ It has now been eight months since this announcement.

In July the Environmental Investigation Agency (EIA), along with IFAW, Tusk, Born Free, WWF and ten other organisations, formally wrote to the British Secretary of State for the Environment calling on the government to implement the ban as a matter of urgency. The letter can be found HERE.

Every day that the implementation of this act is delayed costs many precious elephants their lives. The legal trade in antique ivory is the perfect smokescreen for newly poached ivory to enter the market. It is estimated that an elephant is killed every twenty-six minutes to satisfy the global trade.

Thankfully, in 2019 the High Court of the United Kingdom ruled against a group of antique dealers who claimed that the Ivory Act 2018 was unlawful. Despite this ruling, and due to the government dragging its heels, The Independent reported that in just a four month period in 2020 more than 6,600 items that included ivory went up for auction, and estimated that 229 auction houses made almost £850,550 in that time alone off the back of these sales.

Until the UK comes through on its promise of implementing its “World-leading ivory bill”, it will unfortunately still remain a world-leader in its trading of ivory. A 2017 report by the EIA claimed that the UK is the world’s largest exporter of legal ivory. Their Executive Director commented at the time that, “UK ivory exports are stimulating consumer demand globally, especially in Hong Kong and China, two of the world’s largest markets for both legal and illegal ivory. As well as fuelling the demand for ivory, the UK’s legal trade provides opportunities for the laundering of illegal ivory, both within the country and internationally.”

Find out more by reading IFAW’s blog on the UK’s ivory trade HERE.

Help IFAW take action to urge the UK Government to make the Ivory Act as effective as possible HERE.

Found out more about the many threats to elephants and their habitats by visiting Tusk’s website HERE.

Find out more about the new Endangered and Critically Endangered status of the African elephant at WWF’s website HERE.

Visit Born Free’s website HERE to find out how you can help keep the UK elephant free.

Tags
UK still trading in ivory after the 2018 ban