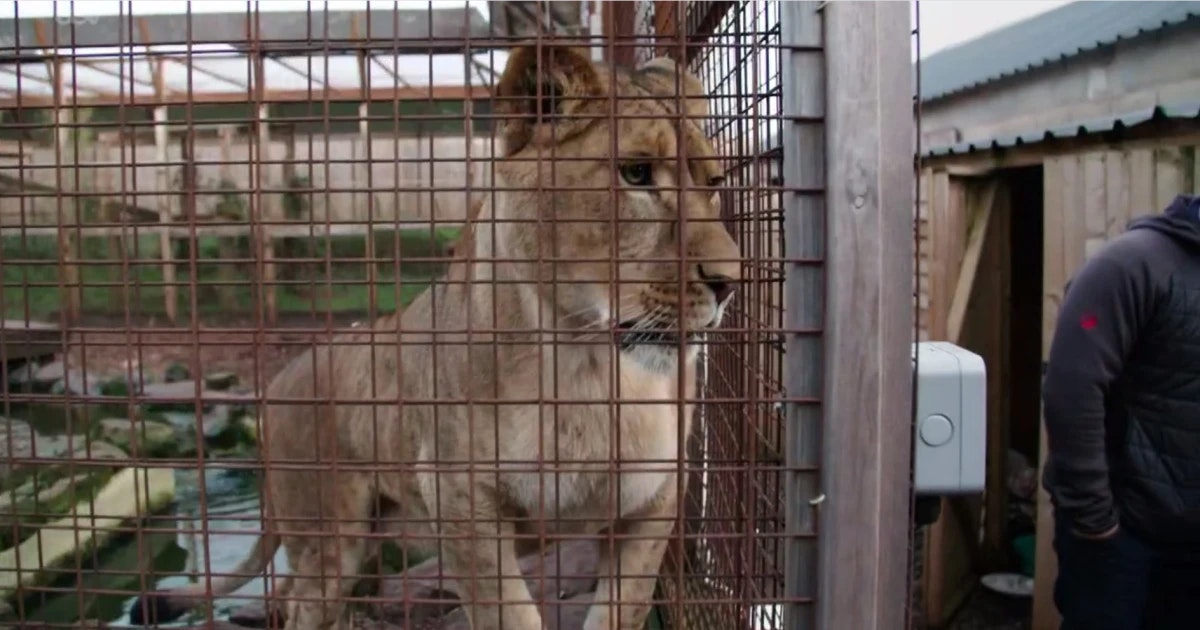 The Rise Of Exotic Pets In The UK

Born Free and the RSPCA recently released a collaborative report to raise awareness and concerns over the growing trade in exotic wildlife in the UK. With the desire for exotic pets having increased rapidly since the 1950s, they stress that not only does this pose a danger to the animals themselves, but to global conservation as a whole.

As well as an estimated 1.8 million reptiles, amphibians, invertebrates and 1.3 million indoor birds, Born Free also revealed in a recent survey that there are nearly 4,000 dangerous wild animals being kept privately in the UK. These include 61 big cats, 158 crocodilians, 508 venomous snakes (including 57 diamondback rattlesnakes), 106 venomous lizards and 2 elephants.

In a Born Free interactive map, found HERE, that indicates which of these animals are living right on your own doorstep, a few clicks will reveal 7 lions, 7 tigers and 5 wolves in Oxfordshire; 20 venomous snakes in Croydon; 2 crocodiles and 13 venomous gila monster reptiles in Surrey; 6 leopards, 7 lynx and 3 puma in Cornwall; and 2 lions in Staffordshire, amongst many more dangerous animals countrywide.

Under the Dangerous Wild Animals Act 1976, it’s possible for anyone to keep a wild animal as long as they apply for a licence from their local authority. Currently, all a potential owner needs to demonstrate is that they can keep the animal secured to prevent its escape and any danger to the public, with no attention given to the welfare of the animals themselves.

For example, to keep a tiger, whose territory in the wild would range on average from around 20 to 100 square miles, the UK only legally requires an enclosure to have a floor space of 37 square metres and a height of 3.5 metres, with only a 50% increase in floor space for any additional tigers.

Exotic birds, such as parrots, who fly tens of kilometres a day in the wild, are legally only required to live in cages of less than half a square metre. The story is similar in respect to reptiles, who can also travel great distances in the wild and, as cold-blooded mammals, in captivity rely solely on us to keep their bodies at the correct temperature. Sadly, this new report also highlights the many deaths and injuries due to the poor husbandry of privately kept exotics, many of which whose lives still remain a mystery to us in the wild, let alone our poor understanding of how to care for them in captivity.

The rarer the animal, the more desirable it is. This poses a threat to wildlife conservation globally as the high prices fetched for rare species is an incentive to traffic these animals both legally and illegally. Many newly discovered species are also often trafficked in large numbers in a rush to beat any legislation put in place to protect them.

The suffering of these wild animals is staggering. Many are illegally trapped in the wild, others legally as they fall outside the current national or international legislation governing the trade in wild-caught species. They are often transported thousands of miles in cramped conditions with inadequate food or water, and those that survive the journey are destined for a life in captivity. Many social animals are kept in solitary confinement resulting in emotional trauma and, in many cases, self-mutilation. Even those bred in captivity still possess the instincts of their wild counterparts and a strong desire for freedom.

The Born Free and RSPCA report indicates that, “There is strong evidence that exotic pets are commonly deprived of one or more of the basic welfare requirements specified in UK legislation, which include a suitable environment, suitable diet, the ability to exhibit normal behaviours, social needs, and freedom from pain, suffering, injury and disease.”

They are calling on the government to amend their current licensing and registration systems and implement a ‘Positive List’ system which would establish a list of species permitted to be kept that would be subject to welfare guarantees as well as other important safeguards.

We’re often quick to point fingers at the trade in exotic wildlife abroad, without the understanding that the suffering caused by this trade is also happening right on our own doorstep. Here’s what you can do to help:

For more information find a copy of the report HERE.

Find out more about ‘Exotic Pets On The Rise In Britain’ at Born Free’s website HERE and how you can help make a difference.

Find out more from the RSPCA regarding the call for an urgent review of current legislation HERE.